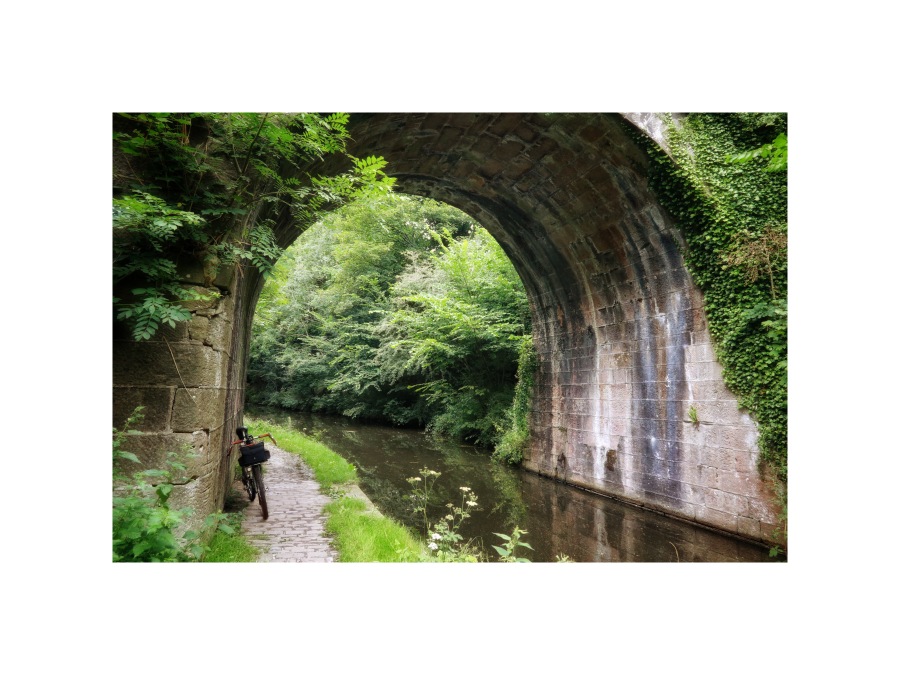 The last weeks weather has hardly been inspiring, the near torrential rain has the effect of flushing any enthusiasm right down the drain, both literally and metaphorically in my case. I’m now very firmly in the fair weather camp despite owning enough rain jackets to stock a small shop, there was a time when the rain wouldn’t have stopped me but …..blah blah blah… you get the picture.

Two weeks ago it wasn’t rain but 32 degree temperatures that kept me indoors, now I’m fairly sure that these extremes are not normal, the evidence is there thumping us on the nose for those who want to see….

So, when a window of perfect summer temperatures arrive I’m going to snatch it up greedily and get out on the bike, today was the day, 18 degrees c, slight breeze, heavy rain forecast for the evening. A leisurely start along the coast, taking the back roads to avoid the traffic and soon enough onto a bridleway, a damp muddy bridleway that only two weeks ago was dry enough to be kicking up dust, luckily I had refitted my mudguards last night so I wasn’t particularly bothered. A stop at the big chair to savour the views across the salt marsh and then on towards Glasson for coffee, noting the tide times, my journey back might be hampered by a flooded road.

I’d planned to head into Lancaster and then follow the cycle track to Morecambe but the vast number of people around on the trail caused a quick rethink and I decided to go into the city to pick up the Lancaster canal, I’ve never actually ridden through this way and was pleasantly surprised at the quiet leafy trails past the castle.

Once on the towpath I followed my nose out past Aldcliffe and into the countryside, the recent rain has caused the path to be almost overgrown, instantly my drive train was snarled up with fresh green (and strong) grasses, I was starting to regret this decision.

Soon enough though I’d forgotten about this and was mesmerised by the vivid greens all around me, almost as strong as the fuji greens of spring (but even more of it) the canal was positively glowing with the reflecting colours. There was no one around and for once the low level growl of the M6 seemed to counter my tinnitus and cancel each other out.

A couple of stops to remove grass from my jockey wheels also gave time to take some photographs, particularly of the interesting bridges that cross the canal, soon enough I came across a bench with a view and it was time for lunch, red leicester with branston on brown bread.

Half an hour with my book and then suddenly the spell was broken, a noisy smoke bellowing barge being driven (sailed?) by Stella swigging sailors appeared, I departed in the opposite direction and started to head for home, it was a lovely peaceful hour or so, punctuated by startling colours and silence, lets hope there’s more of these days left in this year.