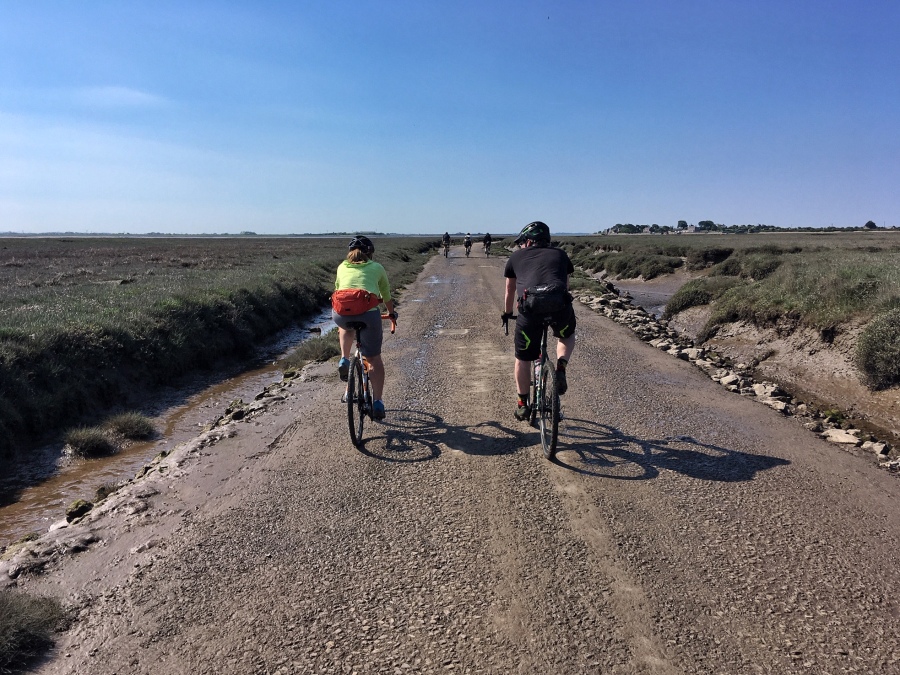 We’ve been able to get out to the coast.

I’ve been at the caravan for a week now and am very relieved to see that nothing has changed, it still rains like buggery, the wind has a mind of its own and the sea still keeps toing and froing twice a day. With an eye on the tides (as always) I invited the gang out for a ride, specifically the Fylde coast, dominated by Morecambe Bay, despite the flatness its beauty is definitely there to be discovered by those who bother to look.

We’d arranged to meet at 830, relatively late by our standards but for some an hours drive still meant an early start, for my old friends Dave and Sharon a blown injector in their van made the journey even more ’interesting’

My son Jack and his mates Mickey and Aiden had come up the night before and found a wild camp spot ‘just’ far enough away from civilisation to avoid detection but not quite far enough away from the louts who decided to trash a car for some reason, they survived the night in good spirits, mostly boyed by the fact that the community shop in Glasson Dock opened early for bacon butties.

Paul and Andy arrived early, Andy with his new bike that caused gasps of admiration, we’ve talked about how much fun the Velo Orange Neutrino would be and the buggers only gone and got one!

Bacon butties procured and scoffed, we set off, this wasn’t going to be an epic ride and we bimbled along at a non epic pace, chatting, catching up, enjoying the early sunshine, before we knew it we were at Lancaster and over the river. The trails still quiet at this point despite the bank holiday, it wasn’t going to last. Through Overton and onto the causeway, I was pleased to see it was relatively dry, the muddy slime left by the sea can make for hard going along here sometimes and the debris on your bike sets like concrete, not today, we sped along to beat the crowds and enjoyed fifteen minutes on the beach relaxing.

Next we headed west to Sambo’s grave and the camera obscura, a surprising number of people around and including one particular curmudgeon who wanted to make sure we knew his opinions about lottery money being wasted…..

This didn’t dampen our day despite him, we headed along the beach towards Middleton Sands, sometimes having to walk the bikes, it didn’t matter one jot, the sun was shining, the sky was blue and we were happy to follow in the footsteps of our esteemed RSF forebears.

Heading through Heysham and onto the promenade, by now it was busy, riding along dodging the tourists wasn’t the best of times and we soon cut off back towards Lancaster, a straight forward run to the Millennium Bridge and here the younger element decided to make a break for the pub, there was talk of riding back to Manchester but I suspect that an extra pint or two put paid to that idea!

We headed back to to the car park, a brew and a cold drink at the Green Finch and we went our separate ways, Dave and Sharon limping home in a miss firing van, Paul and Andy no doubt discussing the finer points of the Neutrino, I headed back to the coast to find a bench to sit and read for a while. I ended up doing my longest ride of the year, amazing how good weather can unconsciously affect your mood and form, I arrived back at the caravan elated with the ride and ready for a beer in celebration.