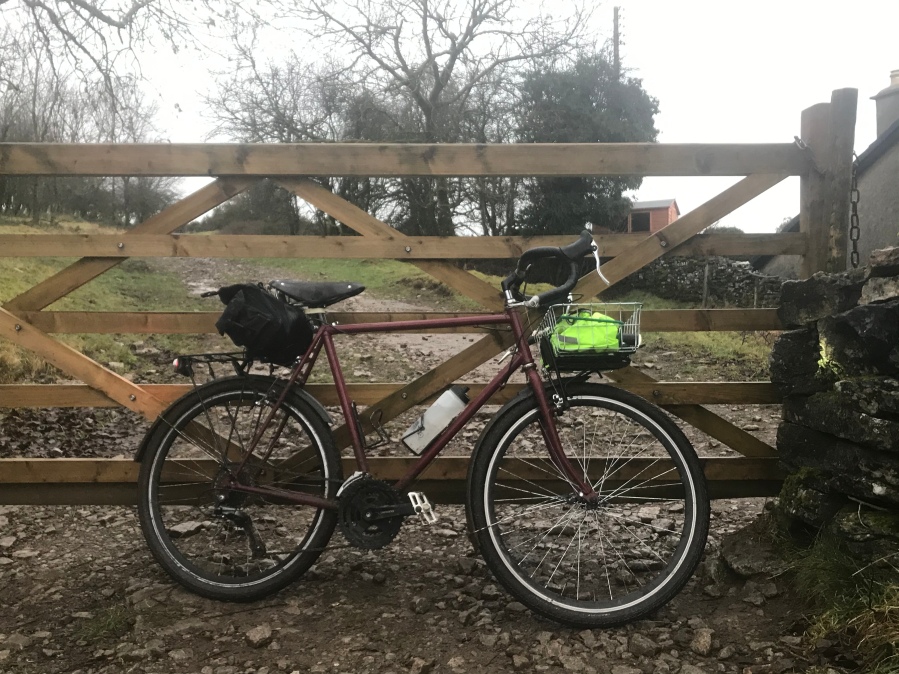 I’ve always loved bikes as long as I can remember.  I grew up with the ’90s Mountain bike craze.  Rigid steel frames, cantilever brakes, shorts and a hoody. Riding the miles out of Hull to bomb around the tail end of the Yorkshire Wolds in the mud, then ride back.

After a while things got more complicated. Lycra clad road biking and super complicated mountain bikes. Road biking took a while to get dressed if nothing else, clippy shoes, overshoes, bib shorts, perhaps a gilet, the list goes on…  The mountain bike fun was also being eroded by the nagging doubt of some full suspension setting being off (I mean how much rebound do I need!?). In both genres I began to lose the simple pleasure of just riding.

In the midst of this I was talking to my Grandad, trying to explain the merits of mountain bikes vs road bikes.

“In my day we just had a bike”

It got me thinking I could make a bike that would cover everything I wanted? I’d never made a bike frame before, but I used to fix aeroplanes! and I’ve got an Engineering degree, can’t be that hard…

After a few costly attempts I built the bike in the photos. A while back now I put together a lugged steel frame, 26in wheels, bit of room for a touring kit and super wide drop bars and it was like being back as that kid in the Wolds.  I could ride on the road see a bridleway and go for it or ride the distance on the road to and from the off-road bit or just ride on the road or just go mountain biking,

So, the “just a bike” as the old man would say has “mountain biked” some of the best routes in the Lake District, done the Fred Whitton, a couple of 200Km audax rides and been to the shops…..lots.