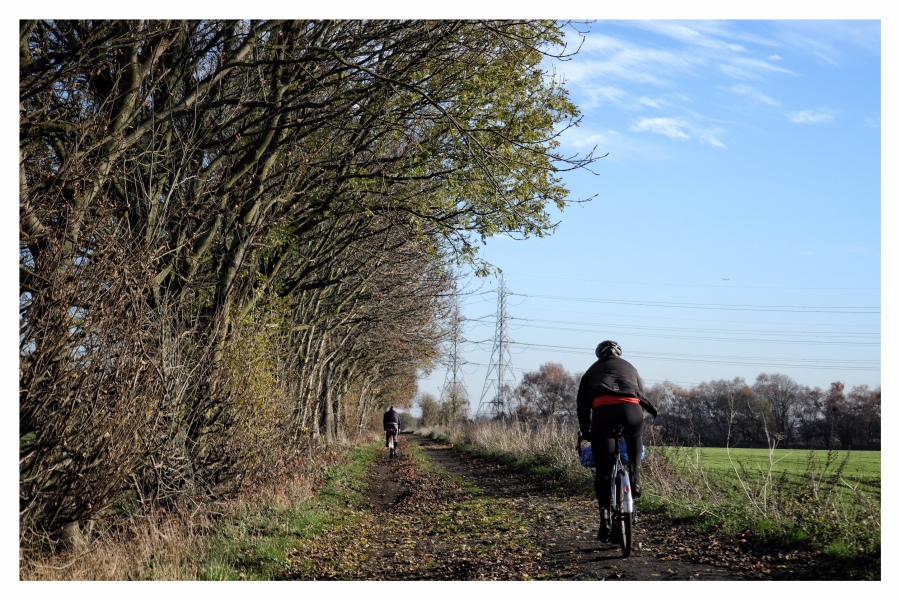 A solid forecast, an Autumn that keeps on giving, and the return of our good pal Will (We don’t see Will too often, so to receive a message confirming his presence for this mornings outing was a lovely surprise). 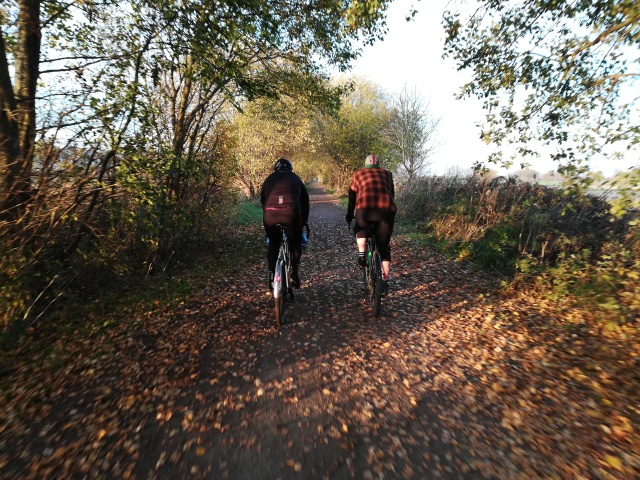 Throw in our favourite lanes, some trail side brews, a couple of sausage butties and the recipe is unbeatable!

This morning was truly, chuffin’ marvellous!

It seems that Autumn has taken over where Summer left off this year? In years gone by it hasn’t really materialised, but this time around it has been a delight and doesn’t appear to be finished yet. The light and colours this morning were fantastic and a fine reward for an early start. 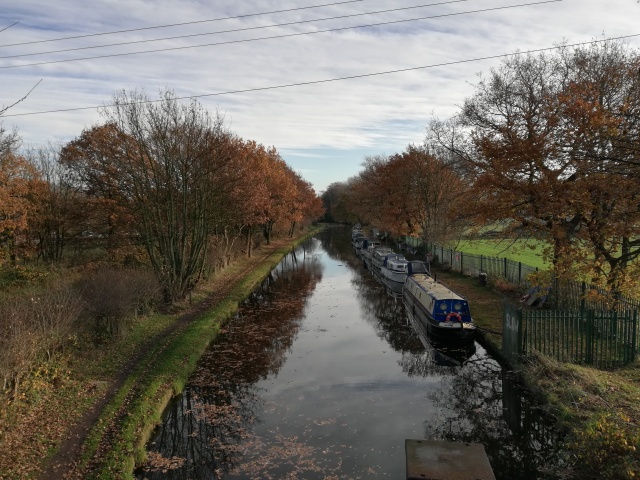 The route, as always, was made up as we went along. Not a care in the world and with the conversation flowing nicely, we eventually found ourselves Lymm bound along the canal…

Where a ‘sexy’ coffee stop was decided upon (see Sexton’s) Well, it would’ve been rude not too! Just coffee for us today but I can highly recommend dropping in for the cooked breakfast sometime, or if you’re feeling particularly adventurous you could try the ‘sexy eggs’! 🙂

Warmed for a second time, we made our way back to the trail and we were soon back in the groove.

A bit of dead end exploring and some more sun worship to begin our journey home. 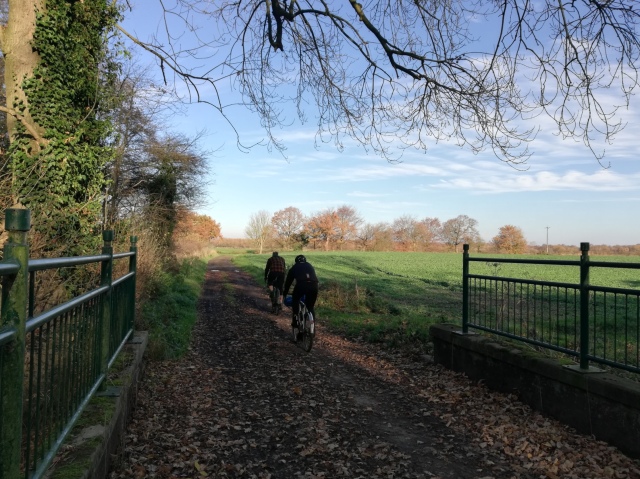 Steve suggested ‘the Moss’ rather than the usual rat run back down the canal, and it turned out to be an inspired choice. Based on the fine weather of late the trails were fairly dry…

And the colours, just glorious! 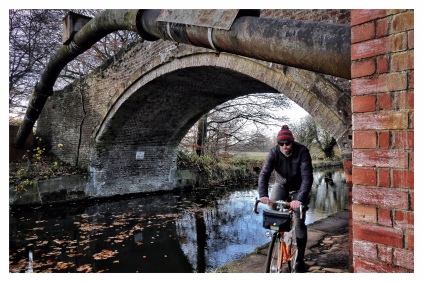 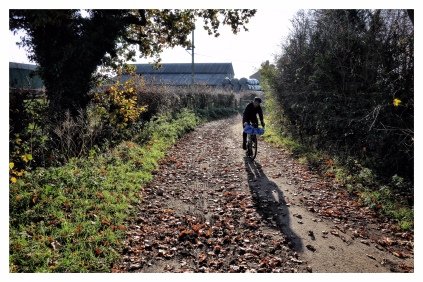 I hope you all had a chuffin’ marvellous morning too?!