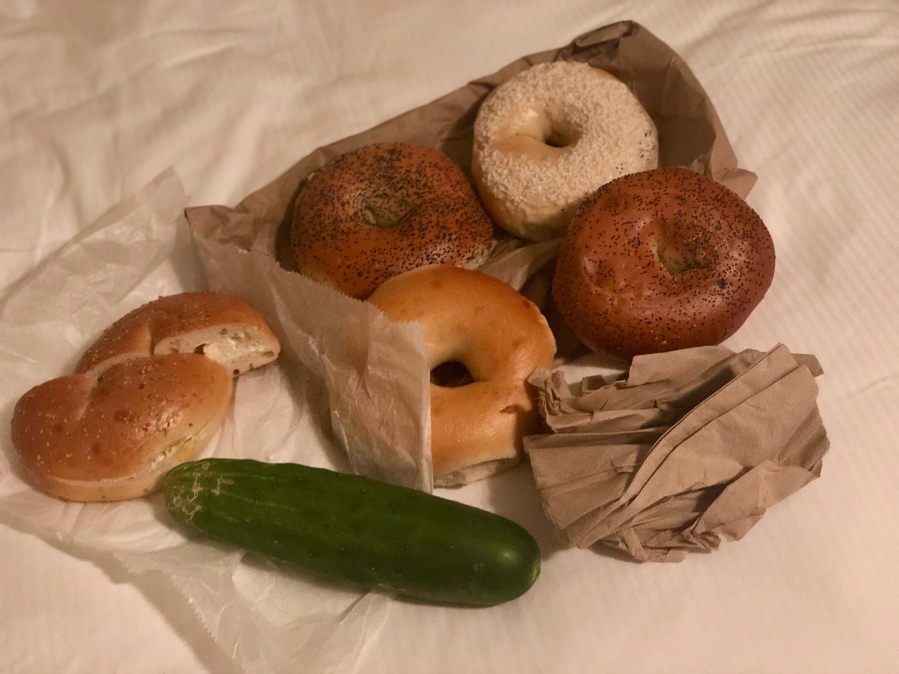 Tuesday didn’t start off well. I walked out the the Airbnb garage to find I had a flat and while trying to repair the flat, I realised I had those tubes where the bloody valves comes out when you undo the pump so can’t pump the tire up. Luckily i found one that doesn’t do that and we were off. After 3 days of straight rain it was hot, hot, hot and for some reason I wasn’t really feeling it. Had a mattress like a hammock the night before so not a great nights sleep. I stopped at a garage to refuel with a Klondike peanut butter choc ice and a bucket load of water. The hills kept coming and at one point I stopped because I had no energy, a sure fire indicator that I was having what type 1 diabetics call a ‘hypo’. Low sugars. Tested it and they were fine. Just knackered I reckon. I pulled over to go to the drive through cash machine. Love going to one of those on a bike. Didn’t love it this time though. As I rummaged around my bag, I couldn’t find my wallet. I got more and more frantic but still no wallet. That sinking feeling came and I had to hope it was at the garage. My passport, drivers licence, bank card, credit card were in that wallet and I had no cash. I must have left it at the garage. My mind was  too interested in choc ice than looking after my wallet.  I was 8 miles away from the garage but the wind was behind me so it shouldn’t be that hard. However, it’s really hard when you have another rear flat tyre! I dug in, checked the tyre, changed the tube got back in the bike only for it to deflate again. Argh!! Only one thing for it. UBER!

Unfortunately, we got to the garage too late. It hadn’t been handed in and nobody had seen a pink Rapha cycling wallet! We searched up and down the highway, through the bins but to no avail and ended up reporting it to Scott at the North Kingstown Police Dept who was really lovely.

It started to dawn on me as I cancelled my debit and credit cards that I had no money. Absolutely nothing and no access to cash. As a type 1 diabetic that’s not ideal as I need food to maintain balance. I met Josh in the queue. He had just moved to Rhode Island and was registering his car. At the end of our conversation, not only do he offer me 50% off Asics (he works there) but he opened his wallet and gave me $20 so I could eat. What a lovely gesture. Another lady also gave me $20 on the way out. She had her purse stolen that afternoon but went home and came back with some cash! Faith in humanity restored.

Back in Manchester, Saffron was wiring money to me via western union and giving me credit cards to use for Apple Pay. However, I had no ID so couldn’t pick it up. I asked the previous Airbnb owners if they would help but they refused. Nice! And Apple Pay wouldn’t work.  By this time I was getting a little anxious. Luckily, Saffron’s credit card worked with UBER so could get a ride to the Airbnb which was 40 miles away. Driver Sabrina went the extra miles, quite literally and drove me to 5 Western Union outlets. All refused to give her the cash because Saffron had sent £500 and they only give out £300 (dint realise!) so we had to cancel the transaction.

I was thankful to get to Airbnb in New London, RI. Diabetes was ok and had somewhere I could chill out and make a plan and get money in the morning. Not sure what it is with Airbnb owners but these guys refused to help too! So after paying for the ferry across to Long Island I had $22 to last me until I reached Brooklyn in 2 days time. The ferry takes 90 mins and it was lovely to sit on top deck and chat to Dan who was on his way to Montauk to the family beach house. 2 divorces, redundancies and cancer ha not dampened Dan’s outlook on life. Great company and full of knowledge. As we passed Plum Island, owned by govt for ‘animal research’ he was waxing lyrical about conspiracy theories! We disembarked, and I cycled off.  Dan pulled up beside me in the car and gave me $20! 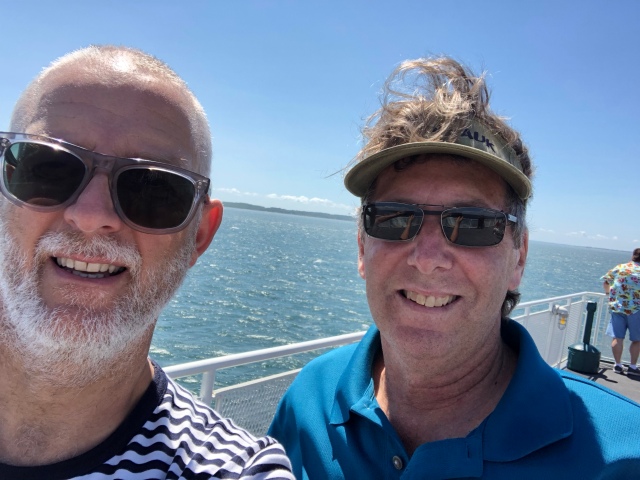 I hate asking for help. Makes me feel vulnerable and weak. I’m trying to do it more but on this trip, I’ve spent a small fortune on bottled water as I’m not brave enough to ask for tap water. But with no money, I had to ask. I popped into a deli that were closing up. I asked. The owner laughed and said we have bottled water you can buy. So I explained my story and Rick pulled out all the stops. He offered me as many bagels as I could carry, water and even sent me away with a fresh cucumber from the garden!

I made it to Brooklyn Airbnb on Thursday afternoon. The last 20 miles were via UBER as I had met ex NYPD cop Jimmy in Campus Bike Shop the previous day who had advised me not to cycle through certain parts of Brooklyn! I got a free service in the bike shop as I had dropped my bike on its gears in that fateful day when lots went wrong. Debby in North Carolina had wired her brother Tom some cash for me and my replacement card was with him too. Hadn’t seen Tom for 30 years and it was like old times. So excited to have money again…well it would be if the card worked. It is now Sunday, and I have been on the phone to MasterCard and John Lewis all weekend and it’s still not resolved. Awful service. Each blaming each other for mistakes while I still have no cash. I’m using the cash that Debby gave me.

You can do loads of amazing stuff in NYC for free and the bike is a great way of getting round the city which has been transformed into a cycling Mecca since the last time I was here in 2007 when we ran the marathon. You see so much more on a bike! I’ve been out to Brighton beach, along the Hudson River greenway, over Manhattan and Brooklyn bridges and to the pier for this stunning view of Manhattan.

I have been trying to catch up with my friend Josh for years and it finally happened yesterday. I worked with Josh at Summer camp in the late 80’s/early 90’s and had great summers together. His daughter lives in London and often visits but we haven’t been able to meet him. So we met in Union Square in Manhattan where we shopped at the farmers market and then caught up over coffee and cake. Now in his 70’s, Josh is still full of life and a pleasure to be with. He brought a photo along with him from our days at camp. Not much has changed right?! 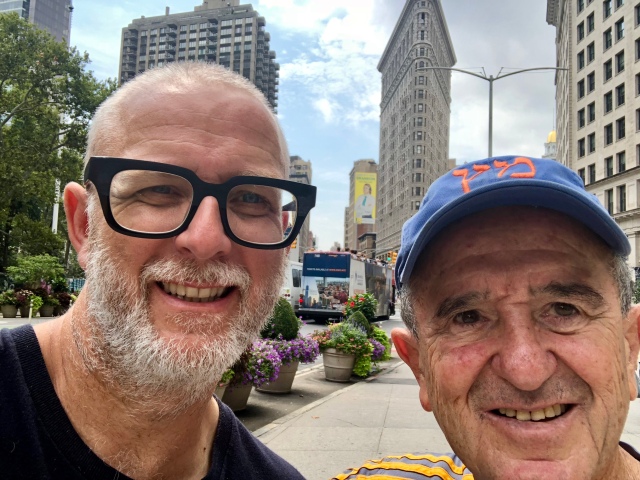 I’m heading to Princeton today. Hope to be catching up with university friends in Towson, MD on Wednesday. Another fab reunion!