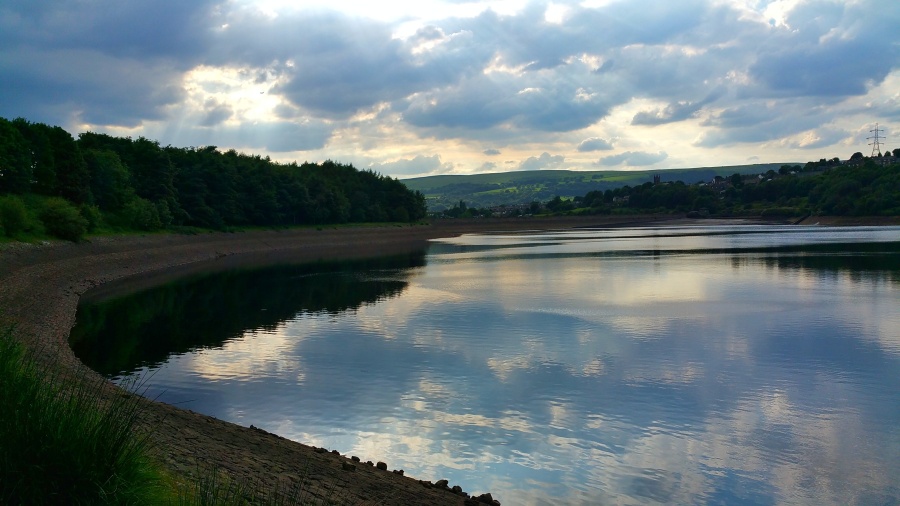 Wednesday morning, a re-arranged day off taking advantage of the optimistic BBC forecast. I used to get really lucky with booking my time off work, seeming to always be out of the office on a nice day. My luck must have returned today! 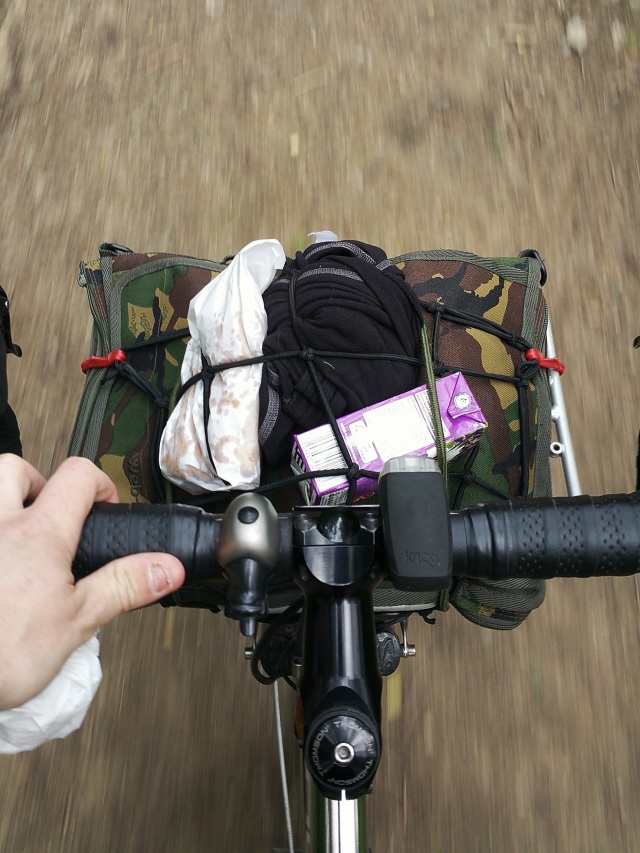 With the sun blazing I thought I would dust off my trusty Canon G15. I used to take it on rides regularly to take landscape photography. Having moved home in autumn last year I had no clue where the damned charger was though! The pressure was on to find it as I’d been invited to take some images at a works event tomorrow night! The house upside down with no sign of it I thought I may have left it at my partners parents back in Sheffield. This was the perfect excuse to have a ride over the Trans Pennine Trail to check, and double as a recce ride of a route I was planning to do with the rest of the group. 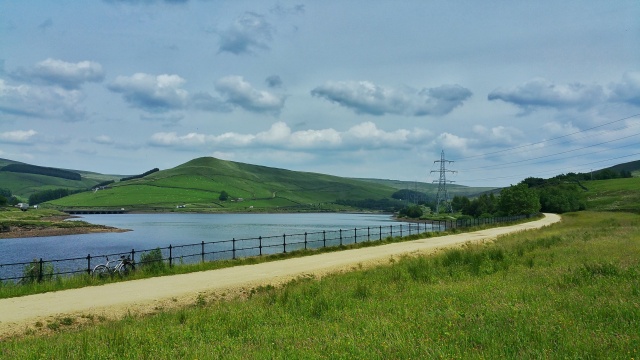 The daily bike is always ready to go, it’s my trusty stainless steel do-it-all bicycle. 42mm 650b Tyres, disk braked and full mudguards (with large flaps). After faffing about all morning looking for the charger I was keen to dash off, so unfortunately didn’t bother packing stove gear for coffee in the hills. However I did call by the local bakery for lunch, 2 sausage rolls and a carton of Ribena. It’s probably not what the pro-teams eat when riding, but it’s what I fancied, and I am far beyond caring what is fashionable for ‘cyclists’ to eat! I hooked my freshly baked goods under the cargo net to let them cool down as I rode. 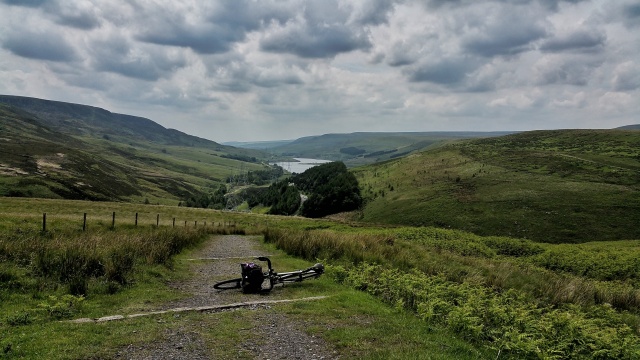 Leaving Hadfield I set off up The National Cycle Network Route 62 – ‘The Woodhead Line’ a disused railway, also known as The Longdendale Trail. The line was Engineered by Joseph Locke in the 1840’s, opened in 1845 to be used for well over 100 years until its closure in 1981. It must have been a rather scenic train ride from Sheffield to Manchester in its heyday – part of the reason I chose to cycle the route on my day off. The line cuts through the very Northern edges of The Peak District alongside the chain of 6 reservoirs; Arnfield, Bottoms, Valehouse, Rhodeswood, Torside with Woodhead reservoir at the top of the valley. This collective expanse of man-made water at its time of completion in 1877 was the largest in the world, and the first major conservation scheme in Europe. It’s taken for granted by the many thousands that travel on the A-road (me included). Both the road and railway kiss the waters shores with not many people understanding its importance for drinking water, as well as how the dams control river-flow downstream. It really is quite a feat of Engineering by John Frederick Bateman.

An assumption could be made that cycling the length of these reservoirs would take some time, but the miles pass quickly on the gentle gradient to Woodhead. Normal railways could never traverse steep hills, which makes for an enjoyable cycle route – until we get to the old tunnels…

The Woodhead line is also known for its tunnels through the hills which border Derbyshire and Yorkshire. 3 Bores had been taken through to Dunford Bridge allowing the passing of many trains back in the day, they are now used as glorified cable conduits with high voltage power lines strewn through them. Some may say that their closure is a great shame, I would like to see them open at least one for the benefit of cyclists. However there is a silver lining in that a bit of hike-a-bike to the top of the hill does offer an excellent view down the valley, a scenic place where I will eat my lunch. A brief stop to eat while I overlook the reservoirs and passing traffic on the main road below. 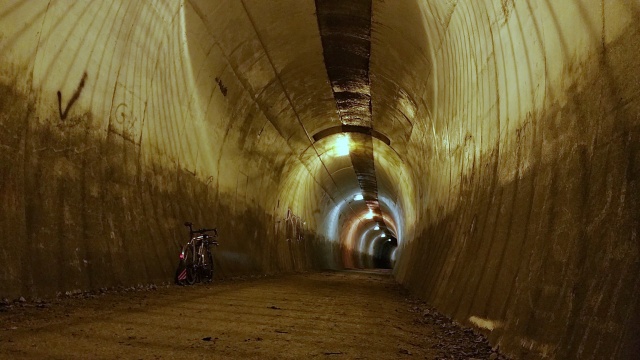 I continue on the NCN 68, it has stereotypical grass up the middle trails – Paul would be proud! The route I am now on is no longer an old railway, but is a historic pack-horse route. The trail runs parallel to the now extremely busy A628, a road not suitable for cycling in my opinion as shown by the heavy vehicles crossing near Ladyshaw Bridge, remains of an old Inn are still clearly visible here. I cannot imagine what it must have been like to have stayed here in winter time. The main road often shuts over winter here due to excessive snow. Back in the day it must have been bitter cold in the old stone drafty buildings.

I continue on my way to Dunford Bridge, the next village at the other end of the railway tunnels. Time is pressing and I still need to find my chuffin camera charger. I take this side of the trail for granted as I ride it so often, fuelled by my lunch and keen to get to Sheffield. I press on down the old railway, through Penistone, leaving to tarmac near Thurgoland. Although the Trans Pennine Trail on the Yorkshire side is still rather nice, it certainly doesn’t have the scenery of the Woodhead valley – no photos today apart from a snap taken in the Thurgoland Tunnel. No matter the temperature outside, this tunnel always seems to feel the same, summer or winter!

I arrive at my destination and quickly search the house – no charger and I need to get back to pick Heather up from the train. Turn and burn. I head back the way I came, making time for a few photo stops at Valehouse and Bottoms. The sun has gone from blazing, to a much more photogenic ambience. I get home in time for the train, and I find the charger in a box at home not much later! Never mind, a good excuse for a ride!

Words and pictures – Will House.