So, as has become our custom for the last few years a plan to get away in September was hatched, Sara had limited time this year so a full week of touring became two days of riding without driving to the other end of Scotland as usual. 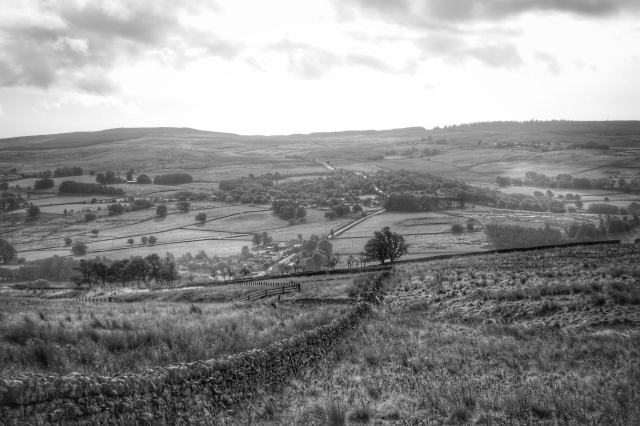 Northumberland is a place we both know and love, but despite spending time here we’d hardly scratched the surface ride wise, a last minute bed and breakfast was booked and then the maps consulted. 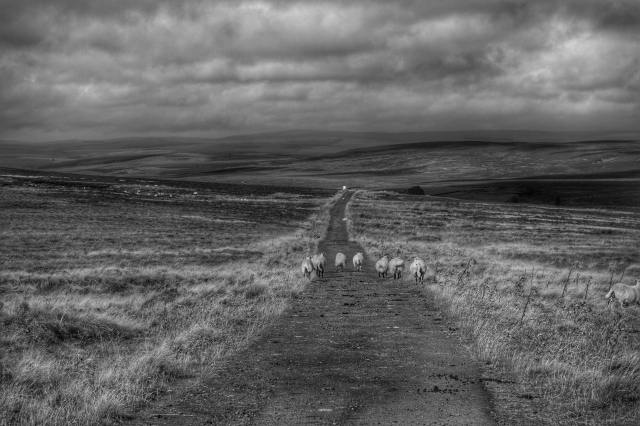 Kielder was the base for numerous mountain bike races promoted by Sara back when she did that sort of thing but apart from route recceing she has hardly ever ridden in the area. I had long wanted to explore the various art installations that live around the reservoir, it was obvious what to do. Mixing up and taking bits from the Reivers Way and the Sandstone Way would get us across to the water. 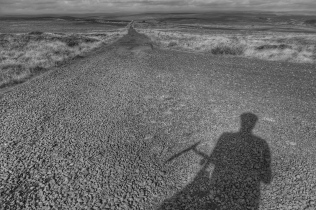 The direct route was busy roads but there was a route over the tops that looked inviting, apart from the fact that it was a military training area though not in continual use.

A brutal 150mtr climb straight from the door set the tone for the day, we’d both forgotten about the hills, the only advantage of a soaring heart rate was that within two miles we were at the top, or so we thought. The military were having a day off so the ranges looked safe to cross, no red flag flying, no barriers erected (there was some discussion of whether or not a five bar gate constituted a barrier) so we ventured across with only Hexham black face sheep and the odd pheasant for company.

At the top, we took ten minutes to sit and look, enjoying the silence before heading down on a rough track, glad of our mountain bike choices, an intriguing sign for Black Middens Bastle House almost distracted us off our chosen route but we stuck with it, some more tracks and quiet tarmac later and we had reached the dam at the head of the reservoir, hungry now!

Heading along the south shore of the reservoir proved to be the right choice as we were mostly sheltered from the roaring headwind, however there were hills, short and steep, and these combined with the sticky wet trails made for a tough few miles.

Twenty odd miles and almost a thousand metres of climbing saw us at the famous Kielder Castle Cafe, and damn it, we both forgot about their speciality, corned beef pie and peas, settling instead for large portions of jacket spuds and quiche, big enough to fill the empty bellies. The return leg from the castle was a wind assisted ride along the north shore, stopping just a few times to admire the art works, we were running a little later than expected and the skies were starting to look threatening, through Falstone and keeping the North Tyne river to our right we flew through quiet country lanes, the nobbly tyres thrumming along.

Back at the crux point and a decision to be made, climb back up the mile long descent to the ranges or stick to the road to Bellingham, there is a Co Op there that sells beer, guess which way we went ?

Leaving Bellingham was yet another short steep brutal climb but we knew that once over the top it was a long easy descent all the way back to our digs, the perfect way to end any ride. 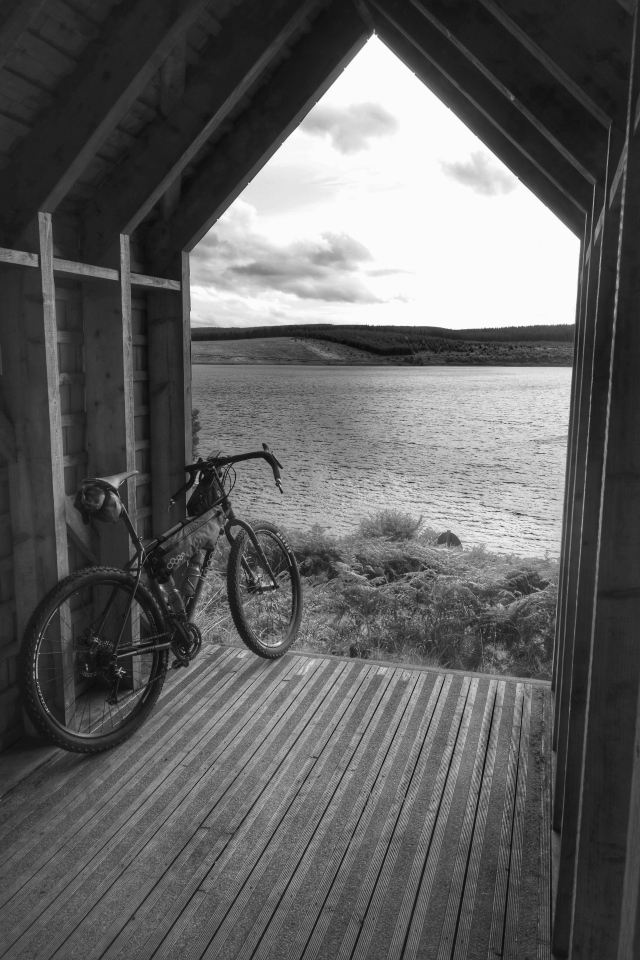 Back at the bed and breakfast and straight into the pub that is very conveniently situated around the corner, and a celebratory pint to toast the fifty four miles and sixteen hundred metres of climbing. All in all a grand day out and perfectly in keeping with our September tradition. 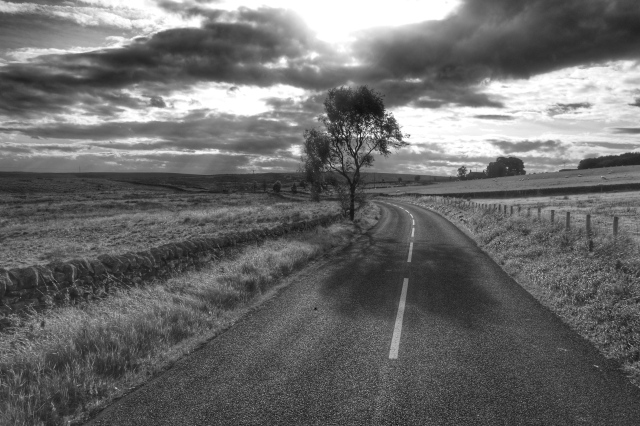