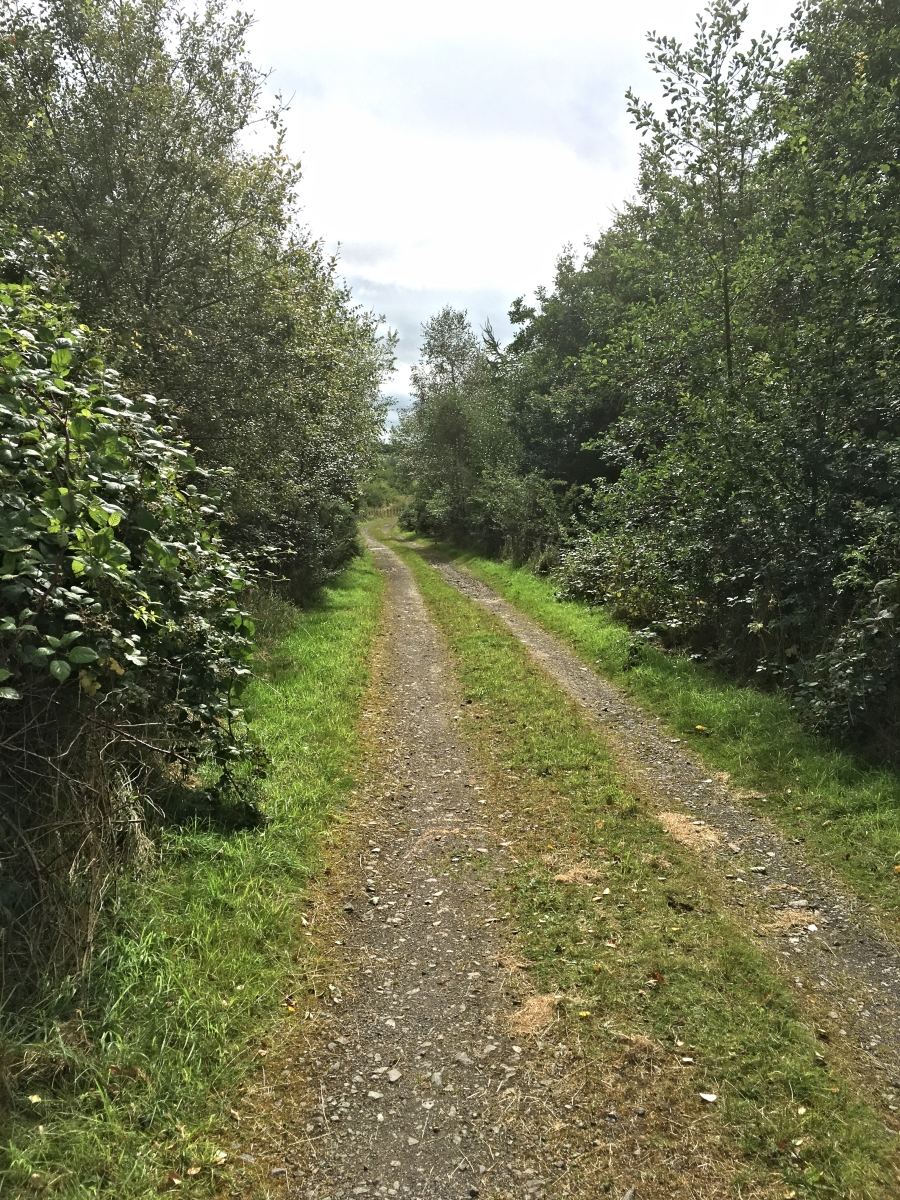 From our North-West Leicestershire correspondent.

It’s an inevitable consequence, it seems. As the years increase, the mileage decreases and the recovery period required between rides extends, however the pleasure remains constant and is even enhanced as challenges are achieved without mishap! 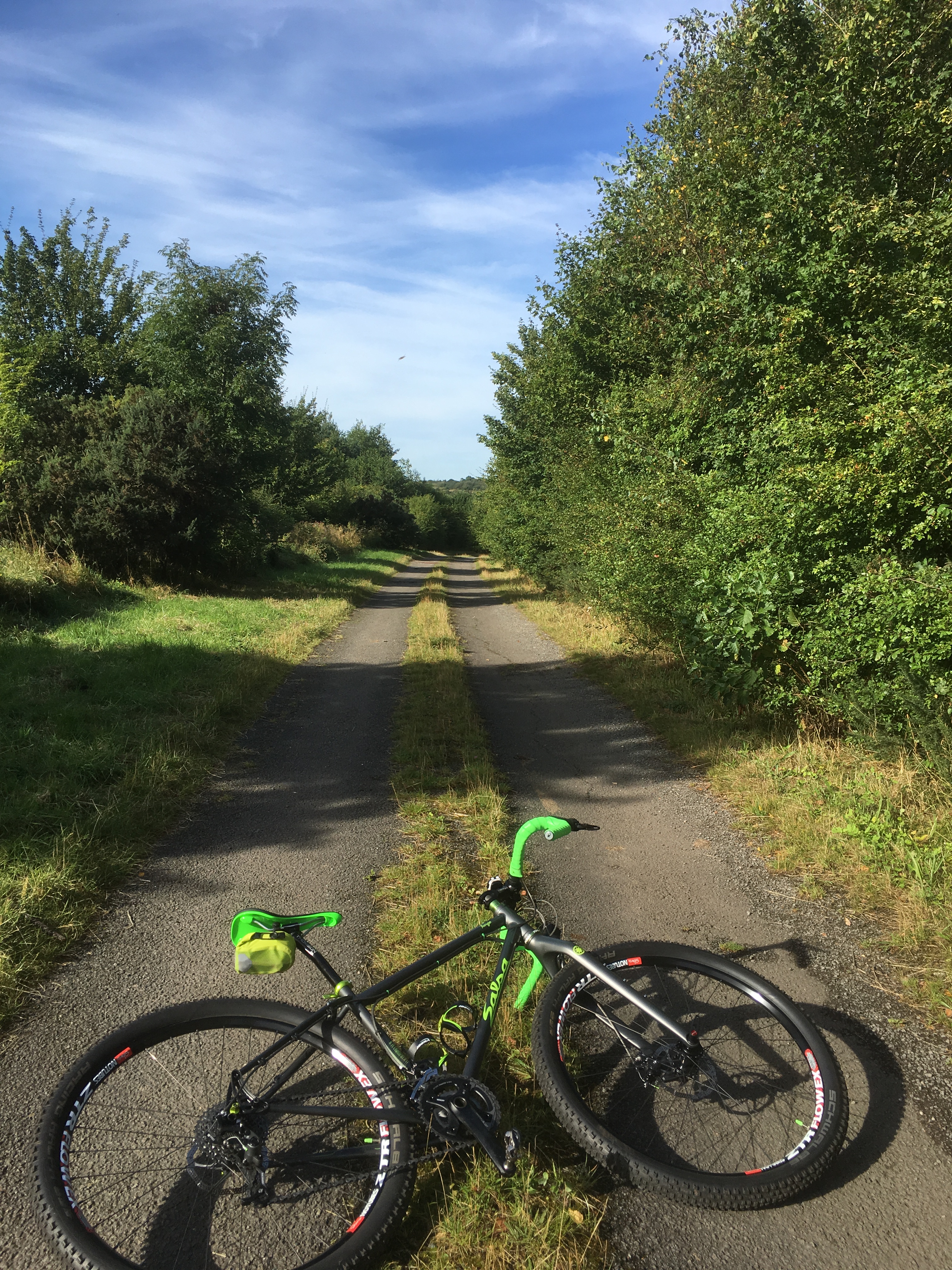 Two things happened around my 70th birthday last year (apart from family celebrations and a pampered visit to Madeira) – I treated myself to a new bike (Salsa Fargo, which has become my ‘go to’ bike), and I hosted a ‘bit of a do’ for my cycling chums. Very few of them live locally and so our house became a 28 bed ‘hostel’ for a couple of nights, with a number of the compulsory VW T5’s  and similar ‘lifestyle’ vehicles cluttering up our close – thankfully we have great neighbours, who were well briefed! The original plan was a ’70k on my 70th’ ride, but as the numbers were confirmed it became clear that this was likely to be too hard a task for some, so we resorted to plan B. The emphasis was always going to be on relaxed fun and so we settled on a 46k route that was mainly bridleways and very quiet lanes and included some tracks that were new to most – we even managed to ride through two tunnels on the National Trust Calke Abbey Estate, follow the line of a disused mineral tramway, toast a recently lost special friend at a Marie Curie ‘Field of Hope’, pull in a tea stop at ‘Smackies’ and explore some new trails across what was until 10 years ago a vast open-cast coalfield. I’d been given permission to use some tracks for which there is normally no public access. Thankfully we had a dry day and apart from a mishap to one of us, necessitating a 6 mile scoot back to base, we all made it safely home, really for Pie, Peas and Chips at my local. 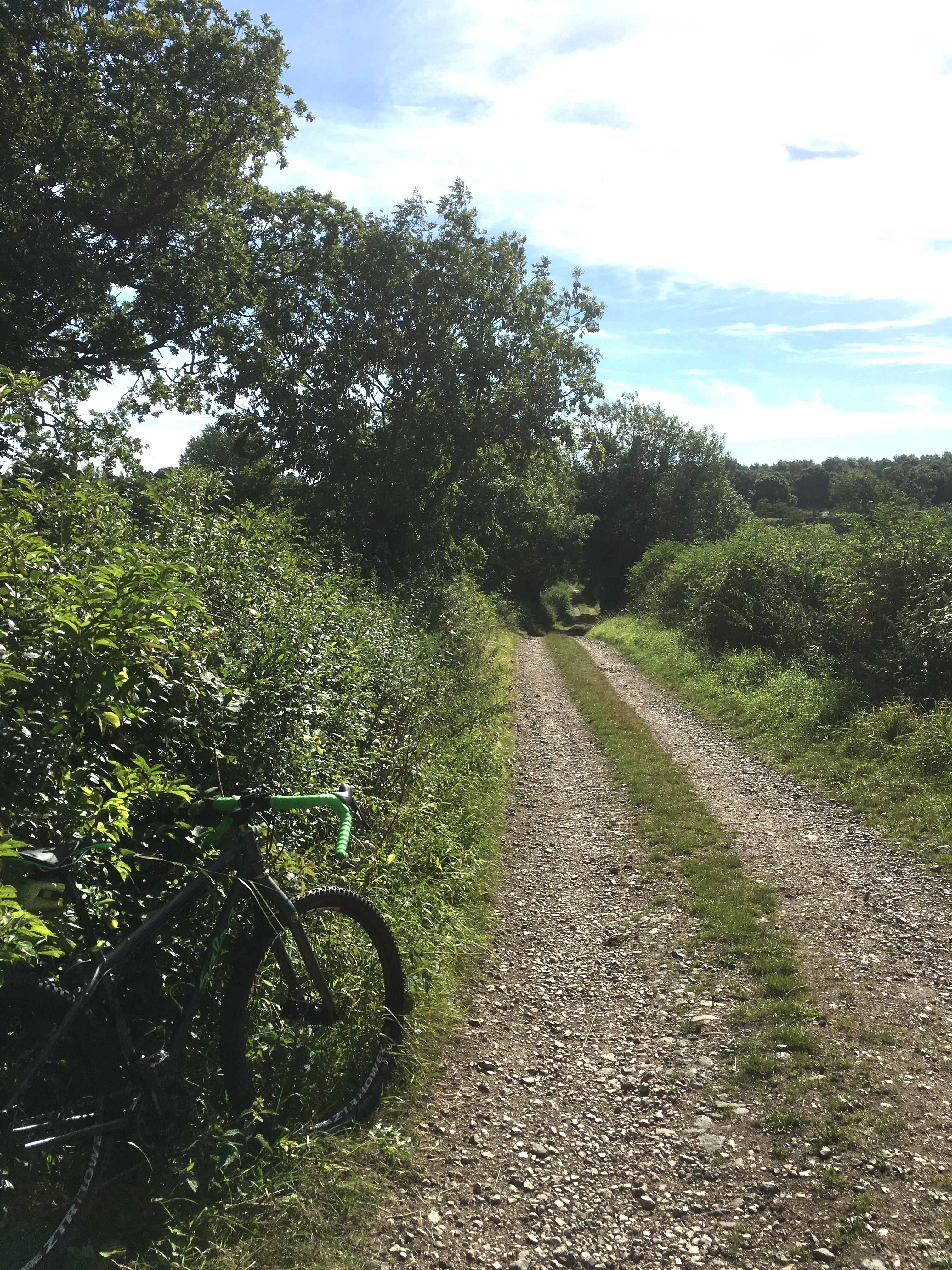 The former coalfield ‘Rough Park’ is where the majority of these snaps were taken. It’s very hard to believe now what a massive scar it was during the relatively short excavation period. The coal was ‘won’ using massive bucket excavators and taken off site by a specially constructed rail spur. HS2 (if it ever comes to fruition) will skirt the area and the A42 is built on part of the site (its the very undulating section between Ashby-de-la-Zouch and the M1! The land has thankfully been very sympathetically restored, there’s a permissive bridleway across it (with a ford!) and a well supported Fishing Lake for local fishermen. The remainder is now farmed with arable and livestock and its the network of ‘green lanes’ which have been created to link the fields that provide the source for my rides. I rarely see other riders and although there are dog walkers and horse riders, its never busy and invariably friendly.

Not flat and generally well drained, so never too muddy. Many of the tracks were created during the mining, so they are well consolidated and smooth. Lots of sympathetic tree planting (it is in the National Forest) and lovely hedges providing cover for a wide selection of wildlife. I regularly come across foxes, badger and deer – sadly the fox shit is an irresistible magnet to Winnie our Irish Terrier – it really is the foulest of foul substances – worse even than Marmite! 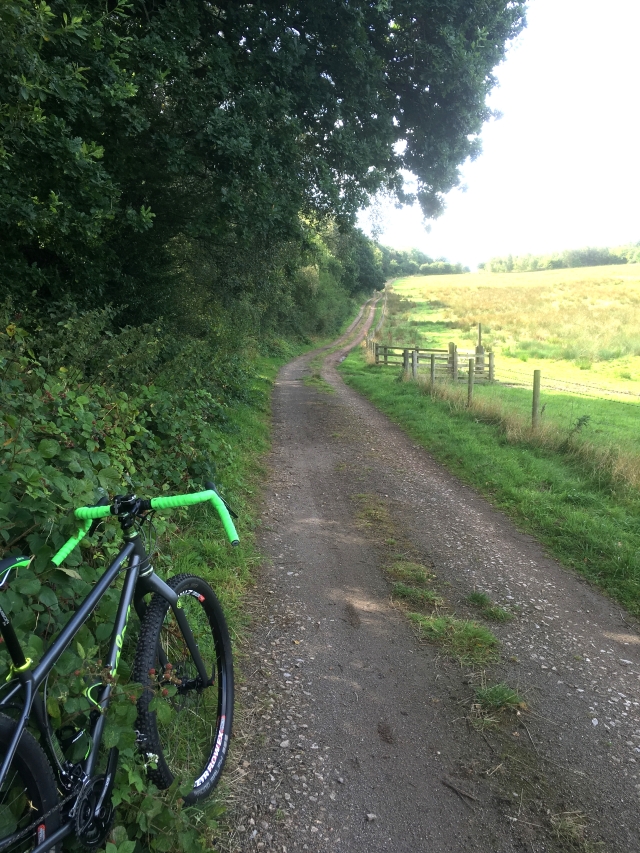 I’d not ridden since Steve visited in early June, apart from a couple of short spins last week – shameful really, but well. These things happen – combination of busy garden time with hedges to cut, a rocking crib to refurb and paint and the imminent arrival  of our first grandchild, not to mention our dear neighbour struggling to hold pancreatic and prostate cancer at bay, for whom we seem to have assumed first line support.

Yesterday afternoon, a dog walk over Rough Park, pausing to take one picture of the track that is our favourite blackberrying spot. Fine. Got home and my Vulpine Cap, pushed in my back pocket in case of rain had gone AWOL. Drat! New, never worn, navy with yellow stars, brought in the sale (have you seen the price of their latest Harrington Rain Jackets – wrong side of £325!! FFS!) I was a tad pissed off to say the least!

‘er indoors was on nursemaiding duty this morning (new baby) at daughters, so I shot off early on the Fargo to see if I could find it, not really expecting any success – get to the gate – lo and behold – there it is, carefully nestling on the gatepost! there are decent folk around after all! Well, after that I had to ride and ride I did. Mojo fully restored and although it will take a little while to get back to where I’d like to be, its a start! There you are then, every cloud did have a navy lining!