Most Sunday rides are already well organised with a known meeting place and time but given how this years Summer is panning out there was a vagueness and non committal feel in the air, one of us would crack sooner or later and send out the message, tonight it was my turn.

It was eight o’clock on Saturday evening when I finally relented and contacted the usual suspects, a day of weather watching finally revealed the forecast I was looking for and so began the ‘making arrangements’.

A flurry of yays and nays later and we had a time and a place, funnily enough they were both the same as every other Sunday, half eight on the corner !

The time came and there were three of us waiting, debating whether or not to don rain jackets?!

By the time Will arrived the rain had gone and the sun was shining, so we set off in the warmth heading along the dirt road that leads us out into the Cheshire Lanes. It wasn’t long before the subject of breakfast came up, apparently cleaning your teeth doesn’t really give you many calories but does leave room for sausage butties!

Less than an hours ride and they were being delivered on a plate.

A brisk pace saw us crossing paths with other riders we’d seen at the cafe whilst enjoying each others crap jokes and tales of derring do. 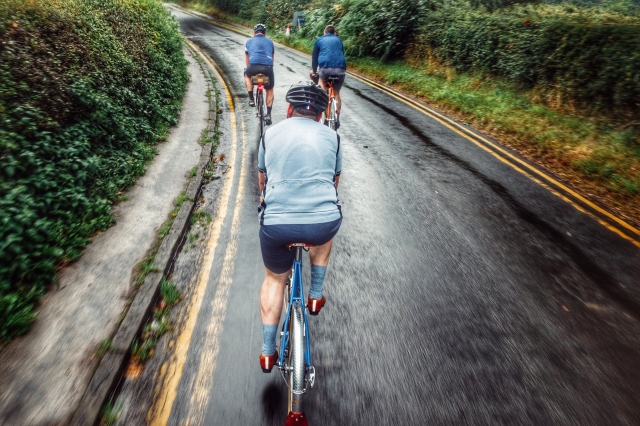 Meanwhile the weather was still undecided on what it wanted out of today, one minute a chilly wind, then light rain, then heavy rain combined with blazing sunshine all made for an interesting ride… 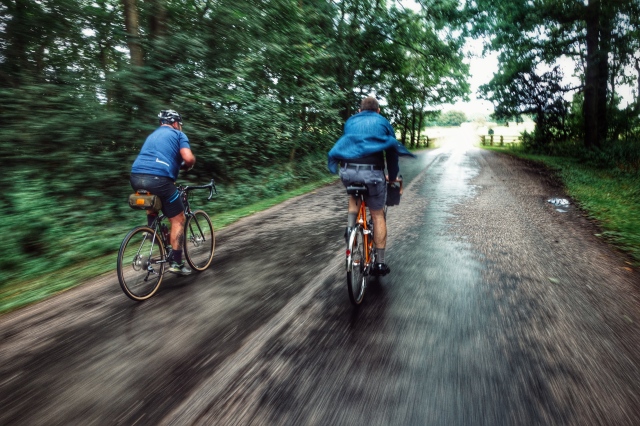 Along with mostly courteous and considerate motorists the decision to ride today was justified, it would have been very easy to bail out and find something else to do on a day like this.

Another hour of spinning and we came across an old air strip, bizarrely now incorporated into the very lane we were riding along. 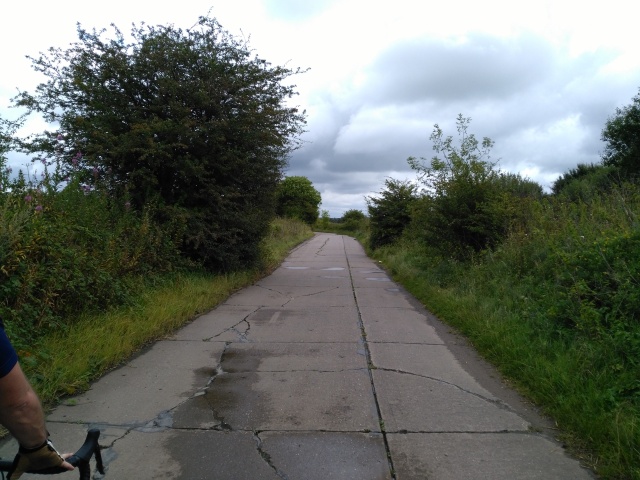 Then a right turn onto a busy road lead us to what we were looking for, a quiet unassuming lane with the sacred green strip up the middle, sadly this particular gem was a dead end but still, its another piece in the jigsaw of ‘Grass up the Middle’ nirvana that we hunt out every Sunday morning.