January: Started the year with an over-nighter out to my favourite youth hostel in Arnside with some of my favourite non-GUTM people. (I’ll get you lot out there sooner or later!)

(View over Lythe Fell Road in the Forest of Bowland.)

February – April: My first ever multi-month cycle tour in the USA and Canada… Although it  was really a bunch of multi-day/week tours broken up with long train journeys or blagged lifts. I cycled in Texas, New Mexico, California, Washington, Oregon and British Columbia.

Read more about bits of the tour:

“You just can’t trust what they say.” Stories of Trump supporters I met while cycle touring in the USA: https://medium.com/@runpaintrunrun/you-just-cant-trust-what-they-say-84875cd902a8

Heartbreak, getting lost in the desert and My Favourite Murder (or how Google Maps and Garmin conspired to get me killed): https://medium.com/@runpaintrunrun/heartbreak-getting-lost-in-the-desert-and-my-favourite-murder-7d3665fd0523

May: Just after returning  from the US, Evans Cycles invited me to help launch a Limited Edition of the popular Pinnacle Arkose. We headed up to Fort William on the Caledonian Sleeper – a treat in itself – and cycled around in the highlands for three days. The going was tough – especially with a knee injury I was refusing to acknowledge – but the company excellent, the riding exciting and scenery utterly stunning. Have a nosey at a video and mini-write up on my tumbler: http://fatgirlonabicycle.tumblr.com/post/161621574508/a-few-weeks-ago-evans-cycles-kindly-invited-me-on 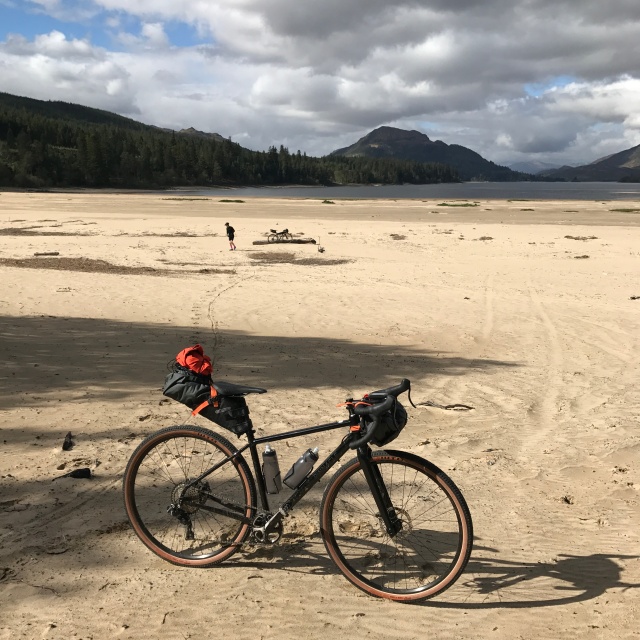 (Pinnacle Arkose in some sexy bit of the highlands.)

June: Before getting my life back together (e.g. getting a job),  I took myself (and the swanky Pinnacle Arkose) on a mini-tour around some of my favourite spots in the Lakes. I wrote about it here – GUTM

July – December: Nothing that exciting, I’m afraid. Some sweet pootles with the GUTM gang and generally enjoying riding my Surly Straggler about with lots of shite in the new basket.

(All Straggler, All the time. Surly till nap time.)

I said to Heather I’d have the garden finished by March – the lawn still isn’t laid now, December. That kind of sums up how things have gone this year! Moving to the edge of the Peaks, in to a house which needs a decent amount of work has taken a large chunk of my leisure time, but I don’t begrudge it at all – the work I have done is all contributing to a long term base where I can enjoy my riding and time at home tinkering in my workshops.

2017 Has seen me embrace what riding I could. A longer commute to work has been welcome, with a joyous jaunt down the canal path most evenings. I have been a poor attender to any weekend rides, only nipping out for a quick spin up by the reservoirs by myself when I could to stretch the legs – I am hoping the GUTM Crew don’t think too badly of me!

Looking forward to 2018 I now have a workshop ready to build a few more frames. I also have some fantastic lanes, trails and byways to explore, as well as hopefully leading some rides in unfamiliar areas for the GUM crew in the coming year. That said, I don’t think 650b x 42 is going to cut the mustard for everything in my locality! 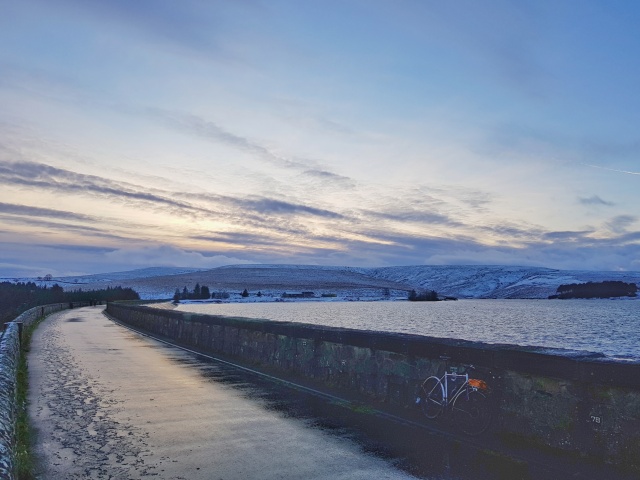 Words and pictures – Will House

“Minimal cycling this year but I’m ok with that…”